The state of Minnesota is home to millions of acres of forest—nearly 17 million acres, in fact, and that’s not including trees found in residential neighborhoods or urban areas. That’s a lot of trees, and a humbling reminder of the precious biodiversity that our state nurtures: After all, there are 54 different species of trees native to Minnesota.

It’s pretty easy for even the casual observer to learn to differentiate between Minnesota’s most often-seen, most celebrated, and most beloved natural resources. We’ve put together a quick overview to help you identify some common tree species you will encounter throughout our state.

Across the state, Minnesota boasts a veritable rainbow of maple trees, including black maple, mountain maple, red maple, silver maple, and sugar maple species. Maples are prized as landscape or shade trees throughout central Minnesota, and can grow to heights of 100 feet tall when fully mature.

Maple leaves are recognizable and iconic: a simple, symmetrical leaf with between three and five pointed lobes (think of Toronto’s hockey team logo). The precise number of points per leaf varies based on species and specimen. Maples are deciduous, which (broadly speaking) means they drop their leaves and enter a dormant period during winter months.

Maple seeds are easily identifiable as well: Called “samaras,” these little winged seeds can be seen fluttering from the canopy during late spring and early summer.

Oak trees are another common deciduous tree native to Minnesota, and come in a wide variety of species, from black oak to white oak, to bur oak, to northern pin oak, and more.

These trees can be slow growers, but some can reach heights of 80 to 100 feet (depending on the species) once mature. The leaves of oak trees vary wildly between species, but most are more elongated than maple leaves and have a number of rounded lobes.

The seeds of oak trees are acorns—tough little nuts which take a long time to mature before dropping and sprouting.

Both black and white spruce are native to Minnesota, and both are beautiful coniferous (needly) trees. White spruce grows larger, usually between 80 to 100 feet, though specimens have been known to reach nearly 130 feet in ideal conditions. These trees are long-lived, and can span multiple centuries.

Black spruce are much smaller overall than white spruce; shorter and less dense, with shorter needles.

Spruce trees have a triangular, “Christmas tree”-type shape and recognizable trunks: Spruce bark is known to be thin and scaly or flaky, revealing green new bark underneath the external layers.

Spruce tree seeds are clustered on cones, much like pinecones. Spruce cones, however, are more elongated than their very circular pine cousins.

There are three species of elm tree native to Minnesota: The rock elm, the American elm, and the red (or slippery) elm. Sadly, Minnesota’s elms are under threat from Dutch Elm Disease, a deadly fungus (spread by beetles) that has been ravaging elm populations across the country. If you are lucky enough to own an elm tree, it’s important to be aware of the signs of DED and the steps you can take to manage it.

Some species of healthy elms can reach heights of over 100 feet, though the red elm is usually a little smaller. Elms have full and expansive canopies, which has historically made them a popular choice for urban shade trees. Elm leaves are somewhat oval-shaped and come to a sharp point, and most species feature a slightly “toothy” or jagged appearance on either side.

Elm wood is prized for use in furniture making and other woodworking applications. Rock elm, especially, was a top choice for ship building, due to its very hard wood and tight grain (arising from a slow growth rate).

The quaking aspen has the distinction of being the most common tree in Minnesota (by volume)—it grows in vast quantities in northern Minnesota, but is well spread throughout the rest of the state. These trees are fast growers and generally max out around 85 feet when mature.

Quaking aspen get their name from a distinctive motion of their leaves. Their leaves are relatively small, circular-but-pointed, and have a flattened stalk that makes them flap and flutter in a breeze. The bark of the quaking aspen is pale, almost white, and is capable of photosynthesis—a unique feature among Minnesota’s trees. 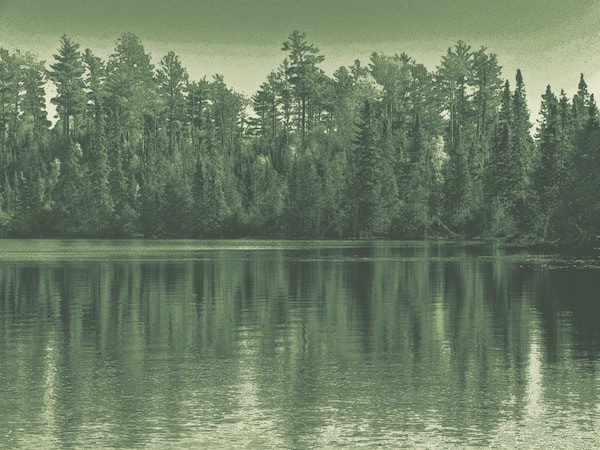 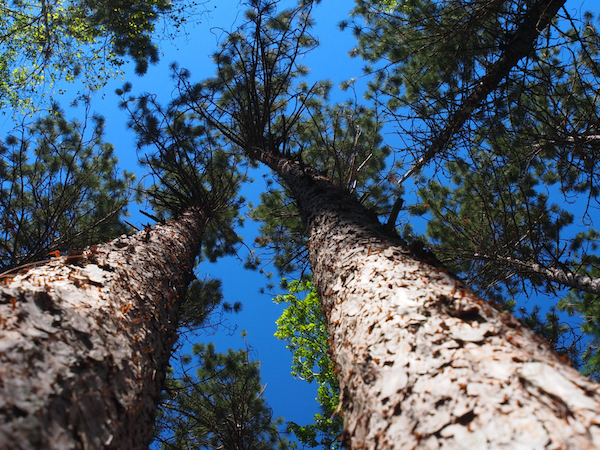 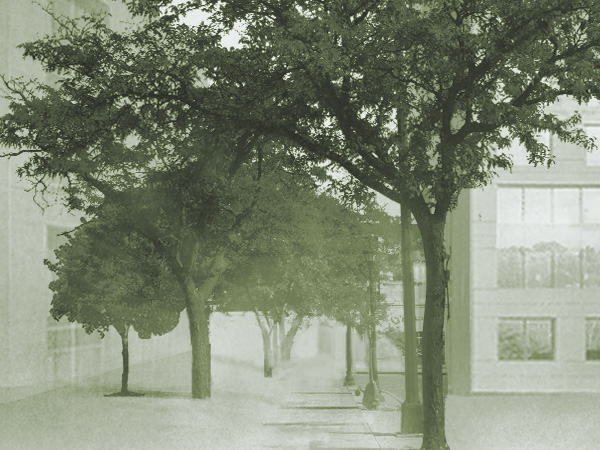 Benefits of Trees in Commercial Settings